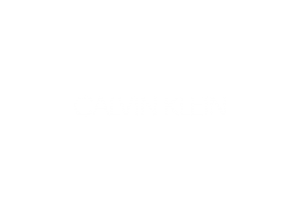 The company was founded by designer Calvin Klein and his childhood friend, Barry K. Schwartz.[1][2] The company is headquartered in Midtown Manhattan, New York City.[3]

Calvin Klein Watches is a collaboration between the American fashion label and Swatch Group, operating since 1997.

Because they are fashion watches, these timepieces are relatively basic, with lower-cost quartz movements. Hence, they serve as subtle accessories rather than ensemble centerpieces.

The brand’s signature is modern design in an energetic, sexy and casual manner. This same aesthetic is also integral to its Swiss-made watch collections.

A minimal, crisp quality characterizes the visual design of these timepieces, while Swiss-made quartz movements offer good quality and value.

With Swatch Group, Calvin Klein works to coordinate both the watch division and the jewelry division. Hence, operations are run from both Biel/Bienne, Switzerland, and New YThough offering both men’s and women’s collections, Calvin Klein watches are generally quite unisex in appearance.

Calvin Klein started his fashion label in 1968 in New York, which would become iconic for its jeans and underwear.

Throughout the years, aside from Klein himself, many other distinguished fashion designers worked with the brand. These included, for instance, Italo Zucchelli, Francisco Costa, Amy Mellen and Raf Simons.

In the 1990s, the brand was looking to expand its offerings, and so diversified into watches and jewelry. The fashion house and Swatch Group came together in 1997 to create the first Calvin Klein watch collections.

Though Calvin Klein works with Vendome Yamada to make and sell jewelry, Swatch Group sells the jewelry outside of Japan.

While not prominent as a watchmaker as a part of Swatch Group, Calvin Klein Watches has access to Swatch’s resources. Because of the Swatch emphasis on vertical integration, these fashion watches benefit from other Swatch brands’ quality and expertise.

For example, ETA quartz movements tick inside these timepieces, and the watch assembly occurs in Switzerland. This puts the brand on a similar level to Swatch brands such as Tissot, or fellow fashion house Balmain.

Calvin Klein watches come in a variety of clean, minimal designs, typically with either a stainless steel or PVD finish. PVD coatings are comparatively more durable than other precious metal plating methods.

PVD coatings give a matte black or rose gold exterior to the cases, while mineral glass serves as the crystal.

This Belgian fashion designer’s signature look is youthfully relaxed, often with hip-hop sensibilities. In general, works with music subcultures; besides hip hop, these include electronic music and post-punk.